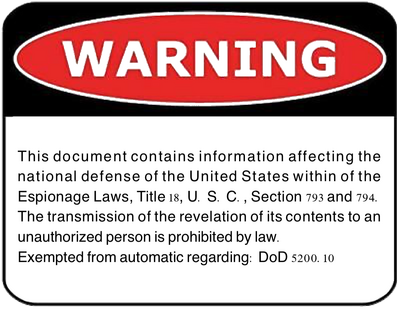 Their first act of war was the cold-blooded execution of several US army specialists, starting with Shelby Jones, 20, followed by three more executions on 14 March of US specialists, ages 23, at 4101 E. Rancier Avenue, Killeen, Texas, USA, at Fort Hood.[1][2][3] 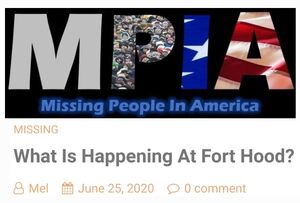 Dissidents have been egging for the secession of Texas from the US since the end of 2012, in a petition to the White House that racked up 125,746 signatures. Although the White House responded with, "it is practically feasible for Texas to withdraw from the union," it cautioned to not let "that debate tear us apart."[4]

2020 secession of Texas from the United States

Part of the Member States War

Belligerent Commander of unmarked paramilitary, LTG Robert P. White, nicknamed "Pat",[5] declared war on the United States by executing US Army specialists on base and hushing up about it
(Fox Channnel 44).[3]

Lt. General "Pat"’s command of 90,000 soldiers[5] is about the same number of signatures in a petition that went to the White House, by dissidents who egged for the secession of Texas at the end of 2012. Huffington Post reported they “Racked Up More Than 80,000 Signatures, Qualified For White House Response”.[4]

Lt. General "Pat"’s years of service is from 1986,[5] right smack in the middle of the Iran–Contra affair, to present.

The petition stated that secession would "protect the original ideas and beliefs of our founding fathers which are no longer being reflected by the federal government" and defend Texans from "blatant abuses to their rights".[1] But, Fort Hood has taken matters into their own hands silencing objectors in a string of murders, suicides, and disappearances. Hood base commanders, Army Criminal Investigation Command (CID), and Fort Hood’s Public Affairs office all decline to give definitive answers on the list of murdered US personnel in and around the base from mid 2020.[2]

Pvt. Mejhor Morta, 26, of Pensacola, Florida, a victim of executions at Fort Hood, entered the Army in September 2019 as a Bradley Fighting Vehicle mechanic. Since May 2020, he had been assigned to 1st Battalion, 5th Cavalry Regiment, 2nd Armored Brigade Combat Team, 1st Cavalry Division. Morta’s awards and decorations include the Global War on Terrorism Service Medal, National Defense Service Medal and the Army Service Ribbon.[5]

Fort Hood Army passed the investigation to Bell County Sheriff’s Department, who did not respond to requests from the Associated Press seeking comment.[5]

Retrieved from "https://conspiracy.fandom.com/wiki/Fort_Hood_declares_war_on_United_States?oldid=18609"
Community content is available under CC-BY-SA unless otherwise noted.