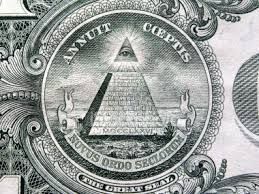 Illuminati Sacrifices are Human 'blood letting' by the Illuminati and their proxies to "God", "Baphomet", "Moloch" or "Satan". These rituals are alleged to sacrifice humans. Officially, these rituals to bleed terrified humans are known as Satanic Ritual Abuse (SRA). On a spirtual level, the Illuminati satanists are consuming the terror from their victims. They believe that these sacrifices will satisfy the leader of the Illuminati, whom many speculate is the entity known only as "They".

In some instances, there may also be a physical consumption of the object of the sacrifice - either literally (eg. cannibalism) or by insinuation (eg. burning effigies).

The terror of torture releases endorphin(Adrenaline) into the victim's body through the blood. Endorphin enhances all six senses, along with heightened awareness and concentration. This endorphin laced blood is let out, and drunk by worshipers, to experience exhilaration and subsequent addiction.

An even stronger adrenaline is called "Adrenochrome", supposedly extracted from the adrenal gland or spinal column.

There are stories of 'nobility' who drank their enemies's blood, and even the blood of their own subjects.

Retrieved from "https://conspiracy.fandom.com/wiki/Illuminati_Sacrifices?oldid=15539"
Community content is available under CC-BY-SA unless otherwise noted.